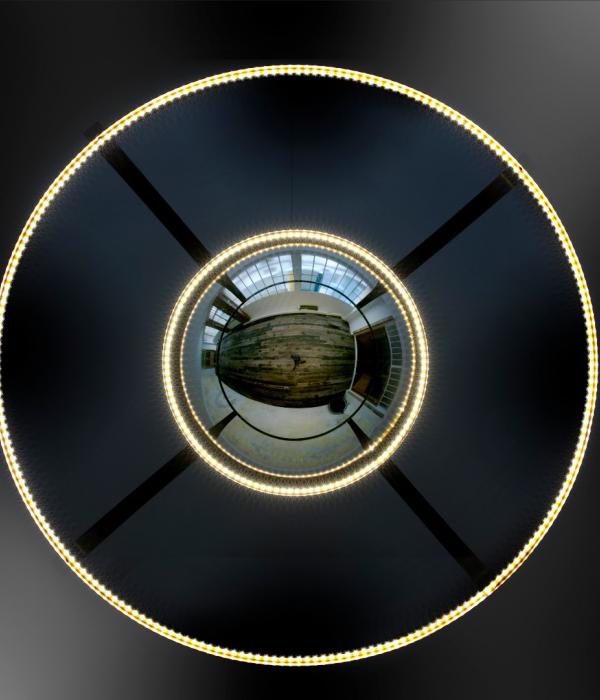 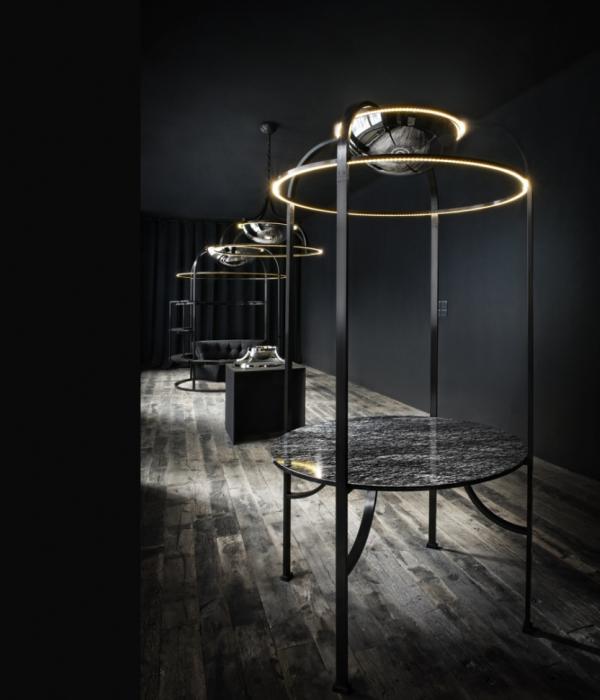 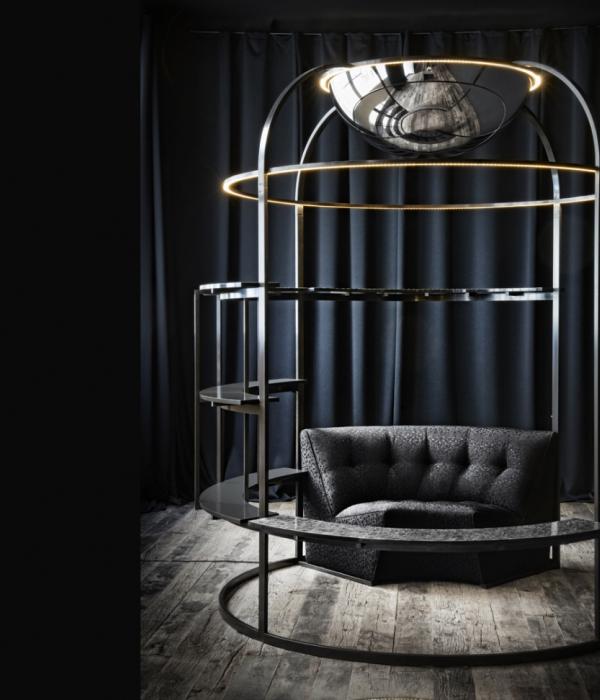 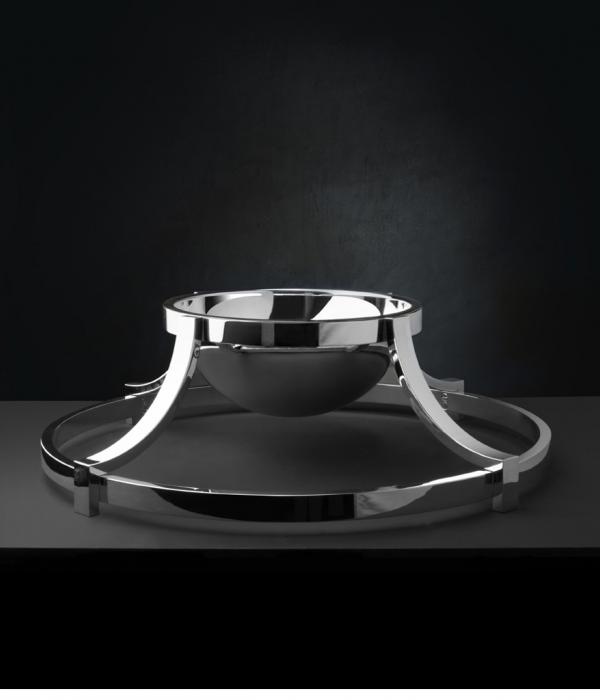 The structure of a pavilion is situated on the frontier between architecture and object. From architecture it derives the principal usage of shelter, as well as the more mystical yet just as fundamental usage of the ritual temple. It is a self-suficient structure aimed at accomodating events, whether sacred or secular. It diffuses a symbolic aura which confers a central position in the organisation of a town project or a garden.

In its round form, this style of pavilion has travelled through societies and religions from the beginning of time to this day, to become and remain a humanist motif, event in its most superficial festive version; it is the result of a spiritual ideal. It is a projection of fantasized cosmogony, which links the earth to sky, man to space, unaffected by the course of time against which it has no hold, resisting the forces of nature.

The Pavilion project expresses these observations while adding a furnishing function to the structure, available in 8 forms: a bookshelf, a table, a centre light, a rack, a coffee table, an Athenian column stand, a fountain and a lamp. 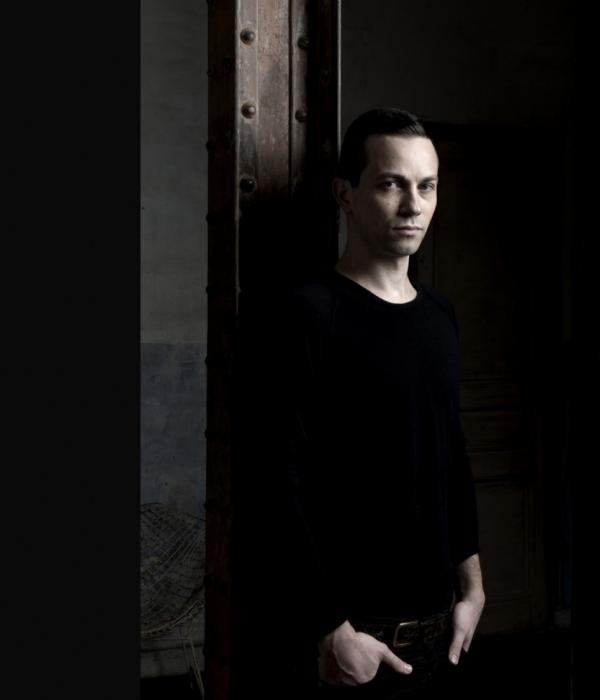 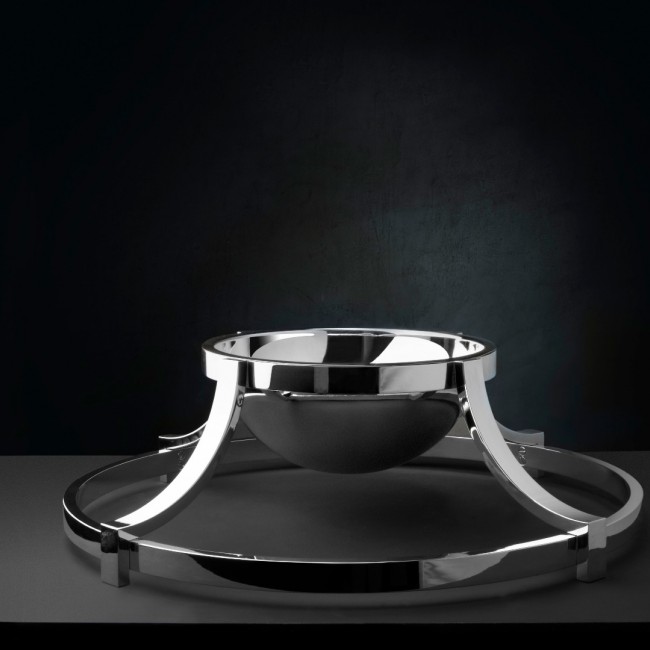 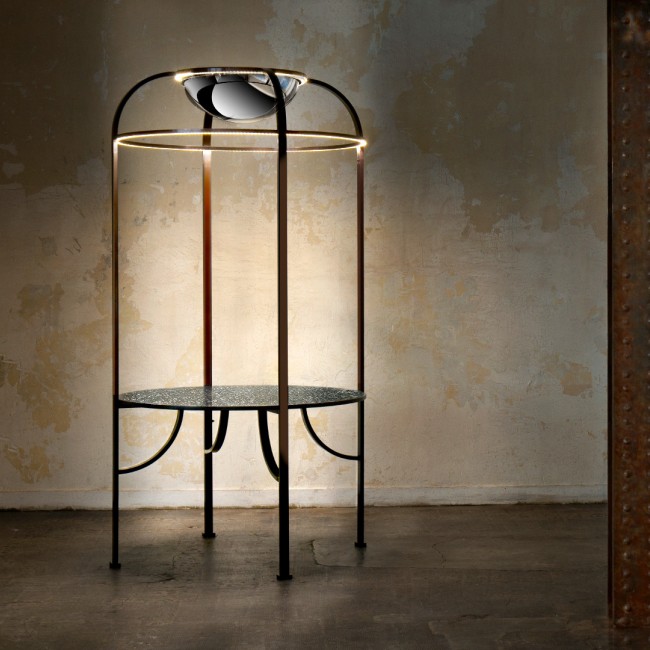 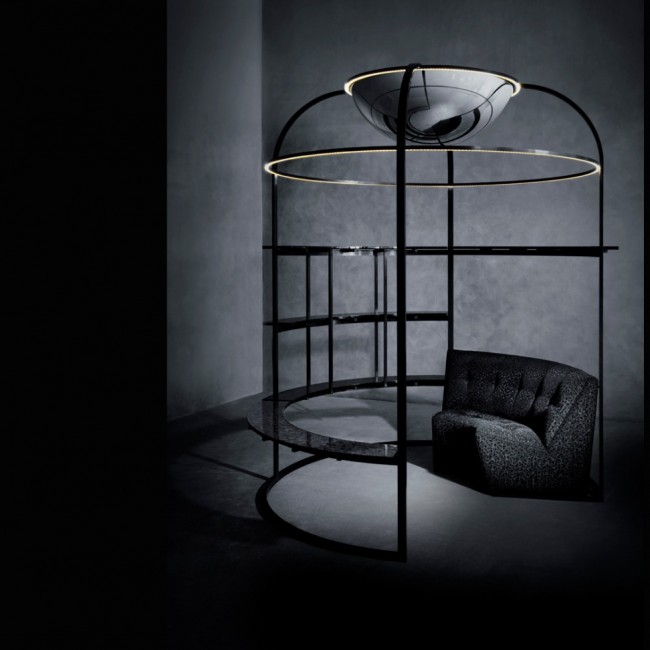 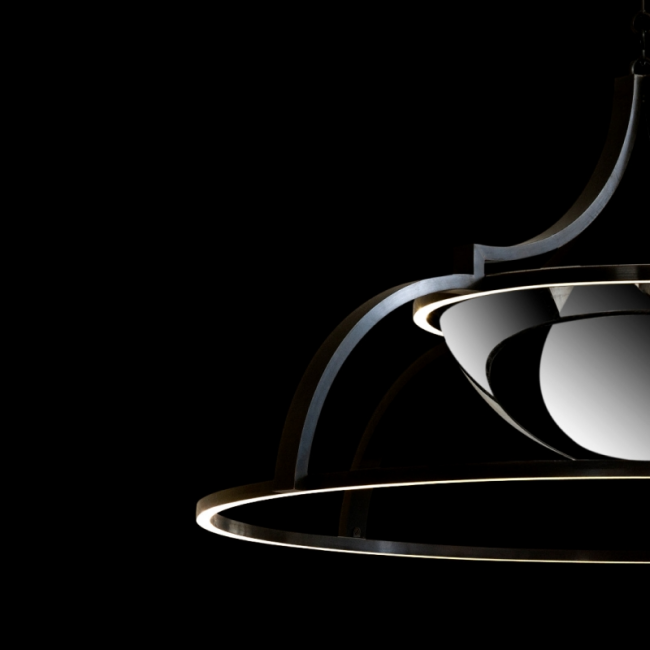