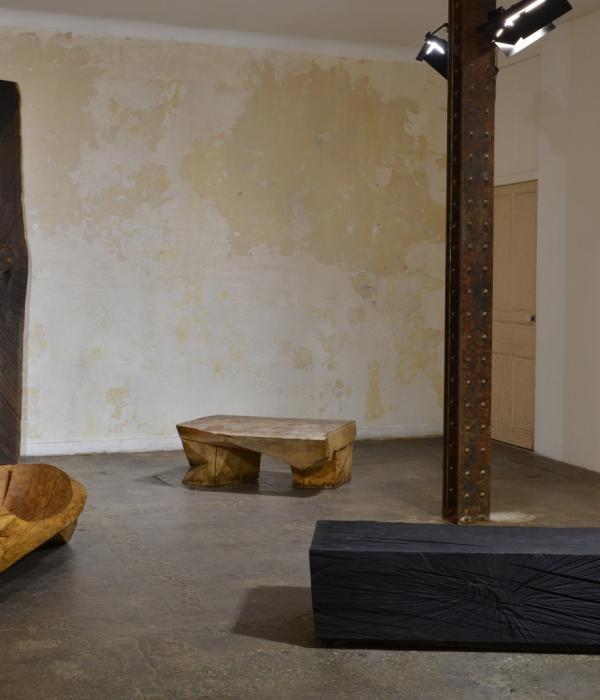 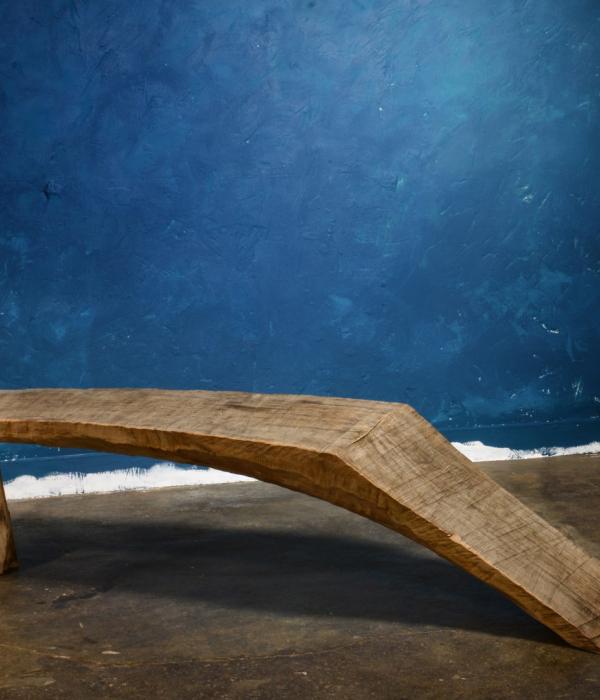 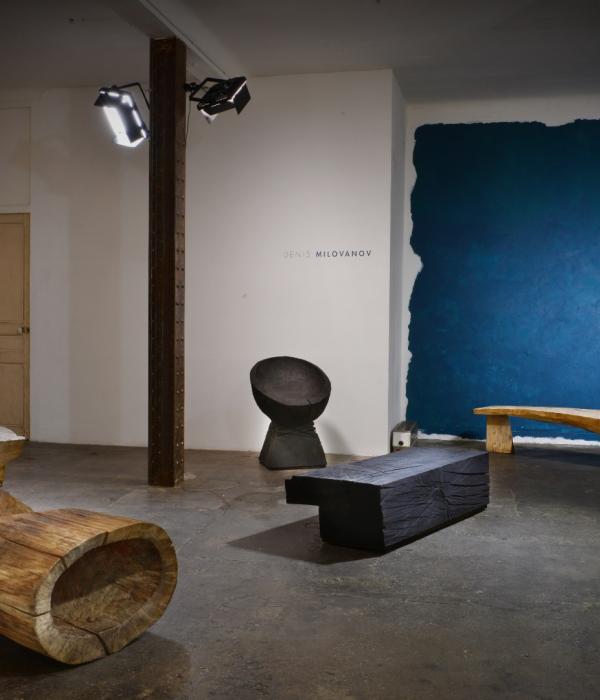 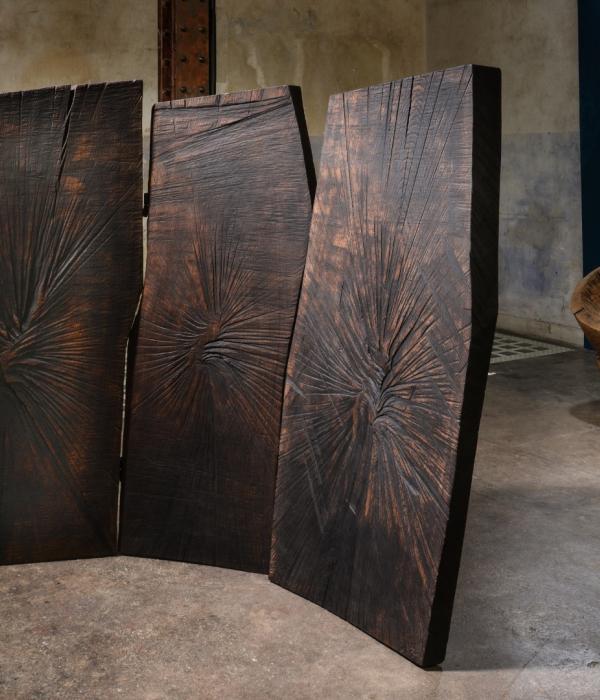 Denis Milovanov has travelled through Russia in order to study local traditional craftsmen’s techniques which he updates, offreing a contemporary design rooted in the vernacular. Denis Milovanov works exclusively in solid oak which he favours for its texture and resistance to raw temperature and because of its large diameter which allows him to create monumental forms.  He selects old oak trees blown down by storms which he cuts up, chisels, hews, sculpts with a chain saw, restoring these fallen trees in their majesty.

In order to protect the wood, he boils the pieces in linseed oil, a technique revealing at the same time subtle and meticulous finishings. When heated, the oil tans the wood, creating shades ranging from chestnut brown to carbon black.

There is also something totemic in Denis Milovanov’s furniture, resulting from his inspiration drawn from primitive arts and an execution he wishes intuitive.  The artist thus achieves a synthesis between the raw simplicity of the forms he convenes and extreme refinement in the wood treatment, demonstrating an authentic style.

Denis Milovanov founded his own craft workshop in Pavlovsky Posad, Moscow region in 2012. He has worked with Zaha Hadid et Boris Vervoordt.  Galerie Armel Soyer has represented his work since 2015 especially on the occasion of design Miami/ Basel. 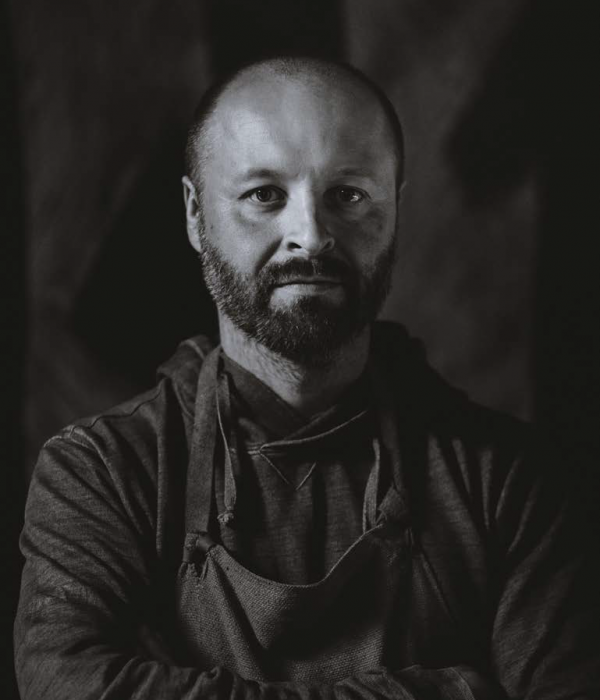 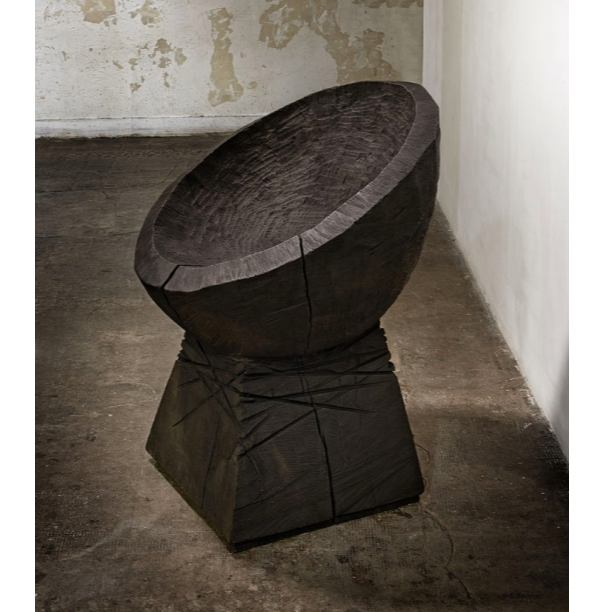 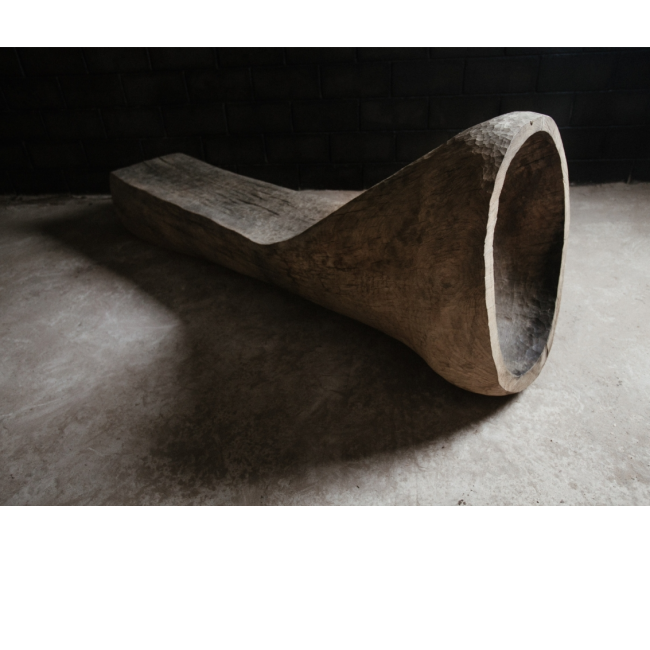 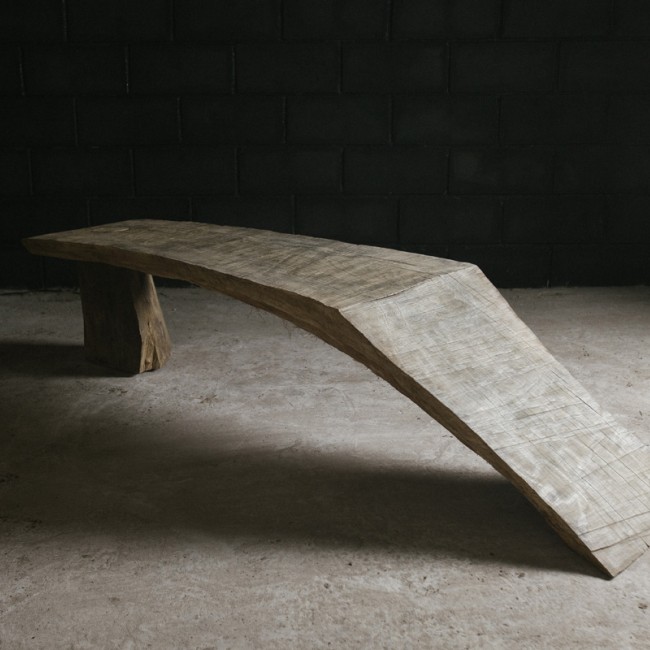 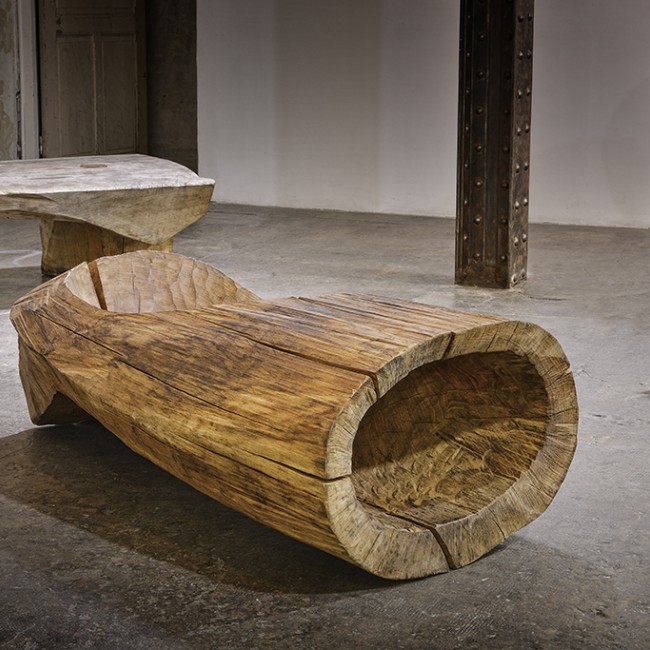 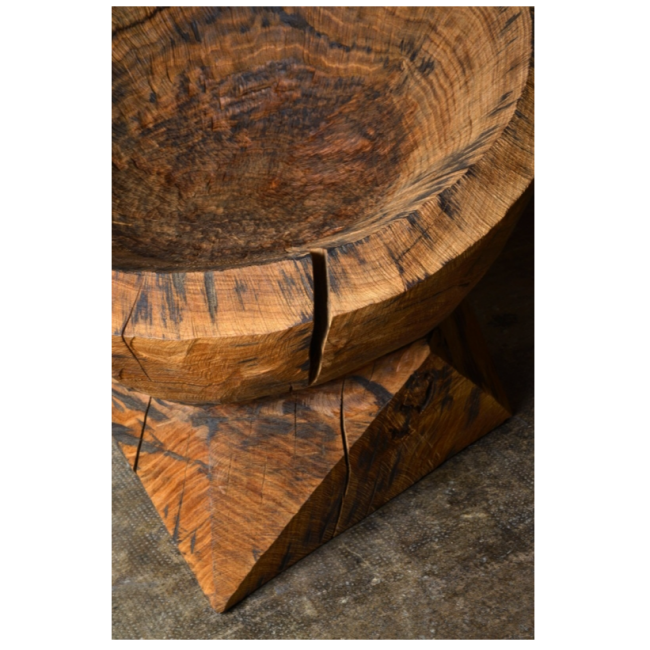 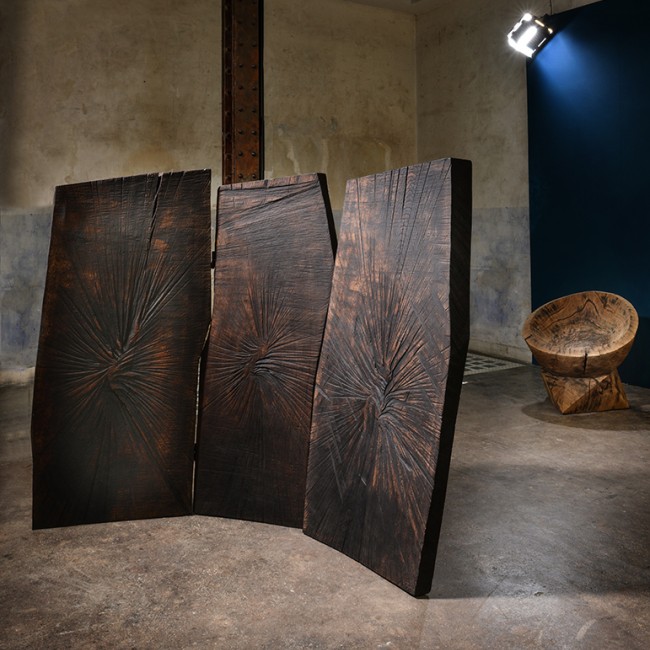 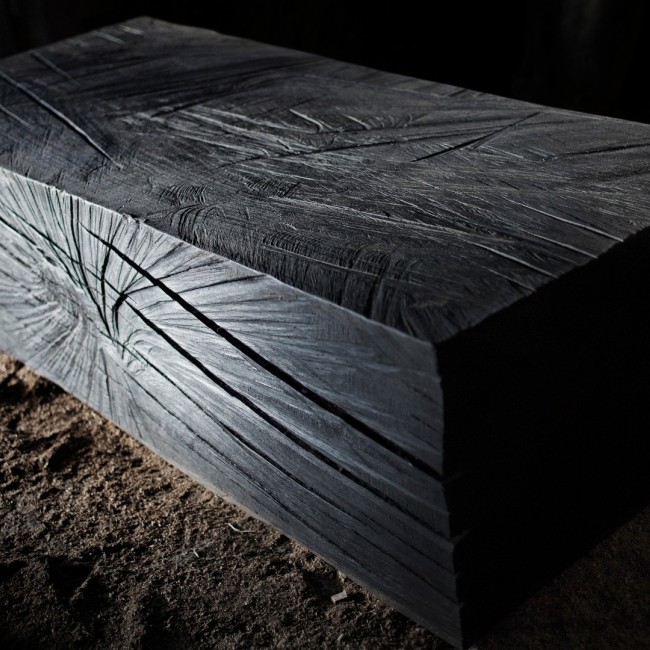 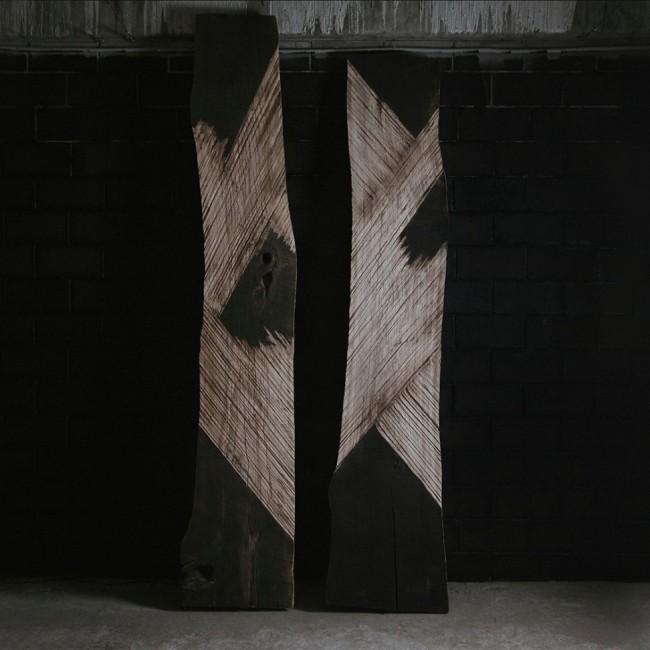 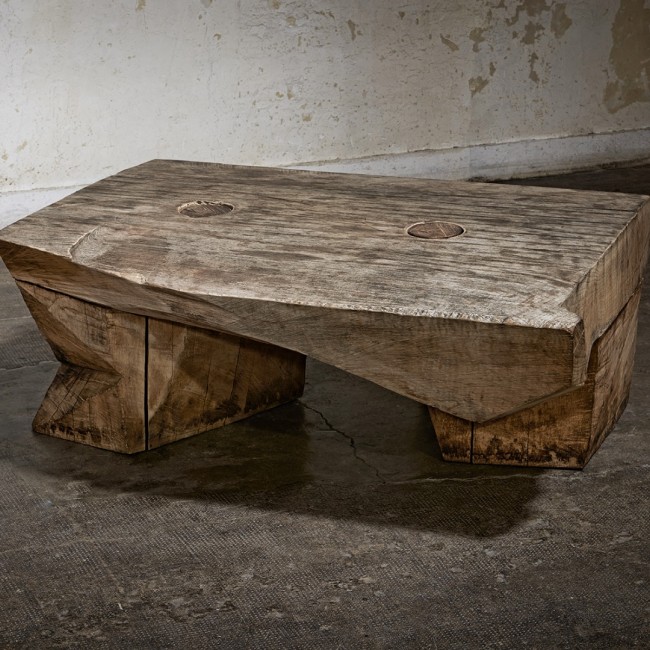